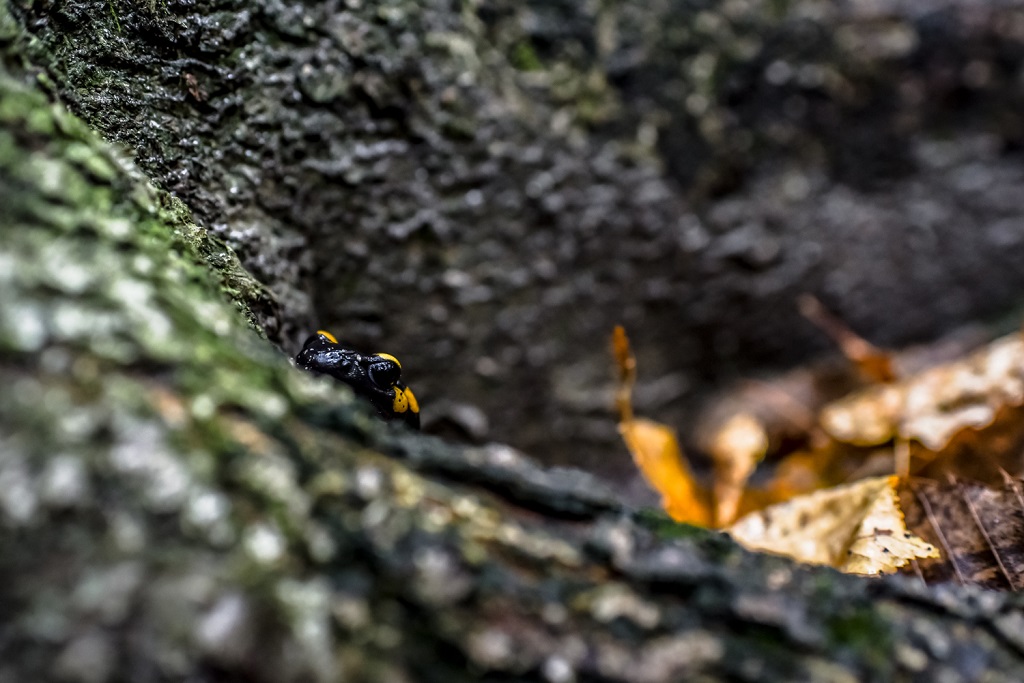 As a kid, I was obsessed with amphibians such as frogs or salamanders. Fire salamander (Salamandra salamandra) usually were hiding under old rotten wooden logs in dry and dark areas. They only came out during rainy conditions. Their yellow color (as often in nature) signals to their enemies that they are toxic. Under stress, they can produce a toxin that causes strong muscle convulsions and hypertension combined with hyperventilation in all vertebrates. Having said that, the salamander is not a preferred prey for amphibian eating animals. Clear cut forests and drainage of wetlands and excessive fertilization of grassland is the biggest threat to these little guys.

Amazing little creatures – that suffered in the past

Salamanders are amazing little creatures. Researches found out, that they are able to regrow entire limbs and regenerate parts of organs. Unfortunately some couple of hundred years ago, people believed that the animals can extinguish fires and many animals got burned by humans. Nowadays the fire salamander is protected by law and listed in the IUCN red list of endangered species as Least Concern (LC) with a remark that the species is listed as Vulnerable (VU) in Spain.

If these little guys would not have their yellowsih back, they would be pretty tricky to spot. On the below image, the salamander almost fades with the background but the yellow spots make him visible.

By accident I spotted this little fellow hiding behind a tree root.