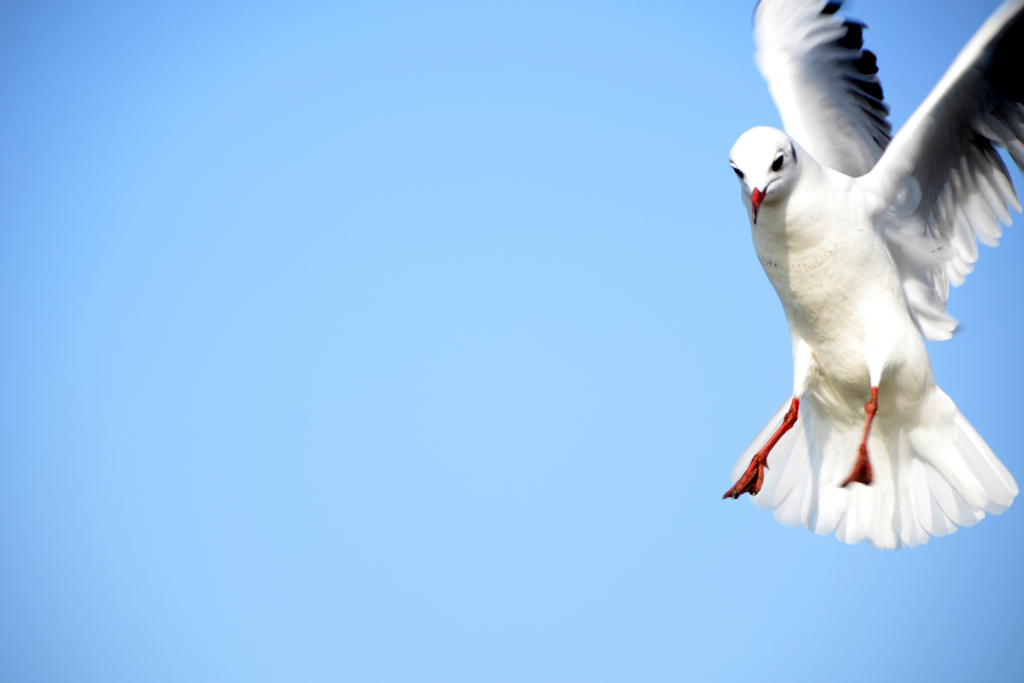 How everything has started or why I love black kites

February 2011 – On a cold winter morning at lake Zurich. A man was feeding gulls and I started taking random pictures trying to capture them in flight. At home, going through the pictures, I started realizing that the birds likely are not all belonging to the same species as they varied in size and colors. I must admit that I had very little idea about birds back than. I bought a little book about birds and tried to identify the different animals. Most of the pictures where either blurry (for good reason as I was pretty new to photography and only knew about automatic mode) or I only partially catched the animal (like the picture above – this is not a crop but just a result of my poor skills back than). So I frequently did go back to the lake and practiced shooting birds in flight. I have spent so much time taking pictures but many times I was about to give up as it didn’t seem to take me anywhere and my pictures really didn’t seem to get any better.

My gear back than:

The day that changed so much

June 25th 2011 – 2:49pm (according to the EXIF), I was again at the lake and a large bird (back than I had no idea that this was a hunting black kite) was perching on a tree, taking off and started hunting fish. I had borrowed a 70-200mm f/2.8 lens of a friend and somehow managed to get a shot of this beautiful bird of prey.

This was literally the moment that changed everything for me. All the practice I put into bird photography for the last couple of months have seemed to pay off in this very second. All the frustration of not being able to take nice shots has vanished with this single photograph. Ever since the black kite to me is a very special bird and every time I spot one it reminds me of this very moment.

Looking back, I am very thankful that I never gave up trying. All this hundreds of poor pictures of gulls, pigeons and ducks. All these moments where I had no idea, why a picture was blurry whereas another picture taken at the same time was sharp. All the frustration – that never ends. Yes, that’s right, even today, I come home, frustrated, missed shots, bad shots, no shots… and then I think of the gulls and of the black kite and I know that I will never give up.

The strongest of all warriors are these two: Time and Patience ~ Leo Tolstoy