There can be found many common birds of prey in Central Europe. The ones I see most are the common buzzard (Buteo buteo), the majestic red kite (Milvus milvus), the common kestrel (Falco tinnunculus), and the black kite (Milvus migrans). Of course, there are much more around than those four but I just see them less often. Find below a few sample images of the different bird species.

What are birds of prey

Birds of prey are excellent hunters and are equipped with very sharp eyes and claws. You may find some useful information on their vision in this article that I did a while ago.

According to vogelwarte.ch common buzzards have the following characteristics 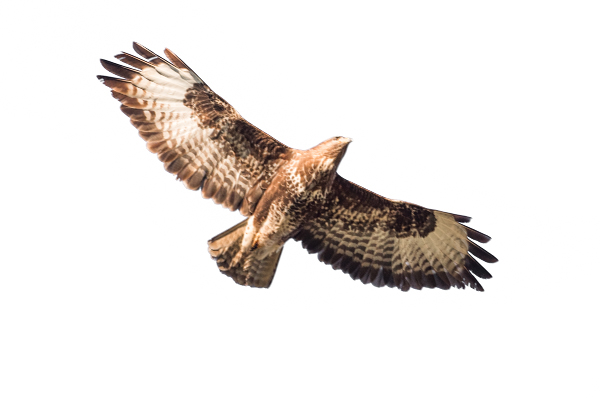 The common buzzard (Buteo buteo) might be one of the most common birds of prey in Central Europe. It appears in many different plumage colors from almost entirely white, over light brown into a very darkish brown. This probably is the reason why in French the bird is called „buse variable“. Common buzzards can be identified by their round tail and round wing shape. They primarily feed on small rodents or sometimes carrion and can be found in woodland areas. Unfortunately, I see many buzzards hunting next to motorways as it seems they find a lot of food supply there. Collisions between cars and raptors, therefore, are no rarity. Usually, common buzzards are seen alone or in pairs but when farmers harvest their crop of wheat it’s very common to see dozens of hunting common buzzards (along with other raptors).

According to vogelwarte.ch red kites have the following characteristics 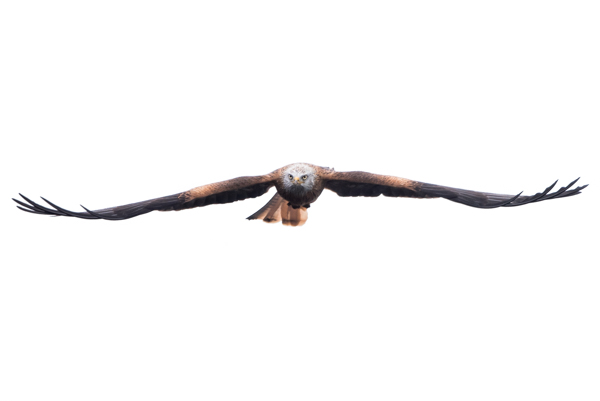 The red kite (Milvus milvus) is a large and majestic bird. In some countries such as Switzerland, red kites are one of the most common birds of prey and their population is very stable if not even increasing. In other European countries, however, the bird species is decreasing rapidly. According to the „Species action plan for the red kite, Milvus milvus in the European Union“ the three (out of nine mentioned) main threats are:

Even though red kites are large animals I mostly see them „walking“ over freshly plowed fields feeding on small worms and bugs.

According to vogelwarte.ch common kestrels have the following characteristics 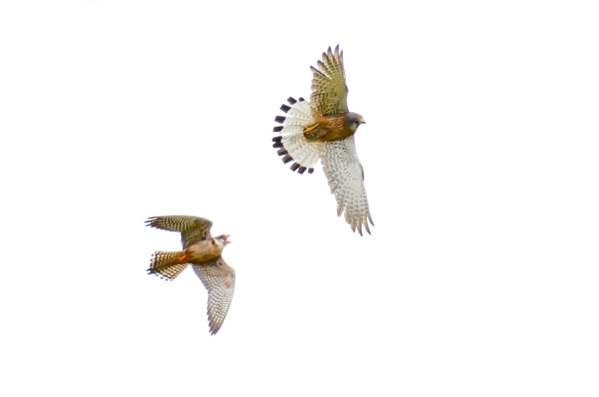 Common kestrels are another one of my favorite bird species. The swift little hunters are using a special technique to hunt mice that are called „hovering“. Hovering describes a behavior where the bird remains motionless at the same position observing the ground for prey. Other birds of prey are sharing this behavior whereas common kestrels have mastered it. Some time back I was lucky enough to take a shot of a common kestrel (Falco tinunnculus) chased by a juvenile red-footed falcon (Falco vespertinus). Unfortunately, I have never had any chance to find another species of the red-footed falcon as I would love to study these little guys a bit.

According to vogelwarte.ch black kites have the following characteristics 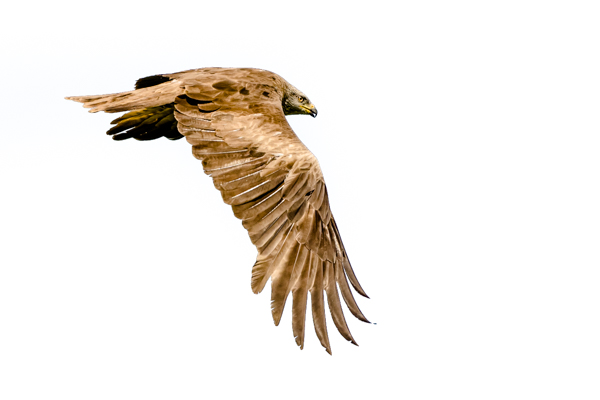 Black kites (Milvus migrans) might be a bit less common than the other three mentioned birds of prey. They share similar behavior such as red kites but love to feed on dead fish. Therefore they can be spotted quite often next to lakes or rivers. Black and red kites are not always very easy to keep apart. Usually, red kites have more white on the head and more red in the plumage (I have seen red kites with almost no red, however). Another good characteristic is the finger count. Black kites have 6 to 7 fingers whereas red kites have 3 to 4 fingers.

I hope this article was helpful for you. I would love to hear back from you on what birds of prey mean to you. If there is anything you are looking for, please let me know and I try to find examples to discuss. Feel free to use the Q&A form to submit questions.