Members of the family Corvidae (crow family) are not only one of the most intelligent birds but also animals. Many times I have been seeing crows sitting on the street, jumping to the field when I was driving by and jumping back to the street when I past with a good distance. At some point I was wondering and stopped the car and did go and check. I had to smile when I saw that the birds put nuts on the street and let it crack by the passing cars. When we were visiting Yellowstone National Park, a park ranger told us that even all the trash cans are bear proof many of them have been plundered. So they put video surveillance and were surprised that not bears but ravens where the burglars. In teams of three to four birds they were manage to trick out the bear proof seal mechanism to steal trash from the bins. So they had to put a better security system in place and lock the cans with key locks – I told you: Crow family members are awesome

However these guys are much more clever than that. Find here a few articles that describe their intelligence. According to these articles, they can work in teams to solve difficult riddles, create and use tools, can recognize faces and do tons of other amazing cool stuff – read it – it is simply amazing – you will also find many article online about telepathic skills in these birds. There is one video, where there is a container with only a little bit of water with food.

The crows understood that by putting stones into the container, the water level will raise and with this they will be able to reach the food. I am convinced, that many humans would not come up with this idea in the first place.

The Corvidae family contains of over 120 species whereas the most common ones (in Switzerland) probably are the Carrion Crows (Corvus corone), Hooded Crows (Corvus cornix) and Common Raven (Corvus corax). In forest areas you will likely see the beautiful Eurasien Jays (Garrulus glandarius) that belong to a different genus than the crows but are also part of the Corvidae family – it therefore doesn’t surprise that also Jays are brilliant.

Some pictures of these wonderful birds

I find it difficult to distinguish between Carrion crows and Common raven. Ravens are bigger than crows but if you only see one bird, its almost impossible to determine the species by its size. A good way to distinguish between Common raven and Carrion crow is by its beak. Ravens have longer beaks than crows. As usually you don’t have both birds sitting next to each other and let you compare their beaks it’s kind of a matter of „experience“ to identify the species.

I believe that the following picture shows a Carrion crow. The white part of the feathers of the below bird may has various reasons. It could be that the bird is partially albino (most likely in this case), has some sort of leuzism (I don’t think that this is true in this case) or is sick (also don’t think so in this case, as the feathers / animal looks and behaved normal). 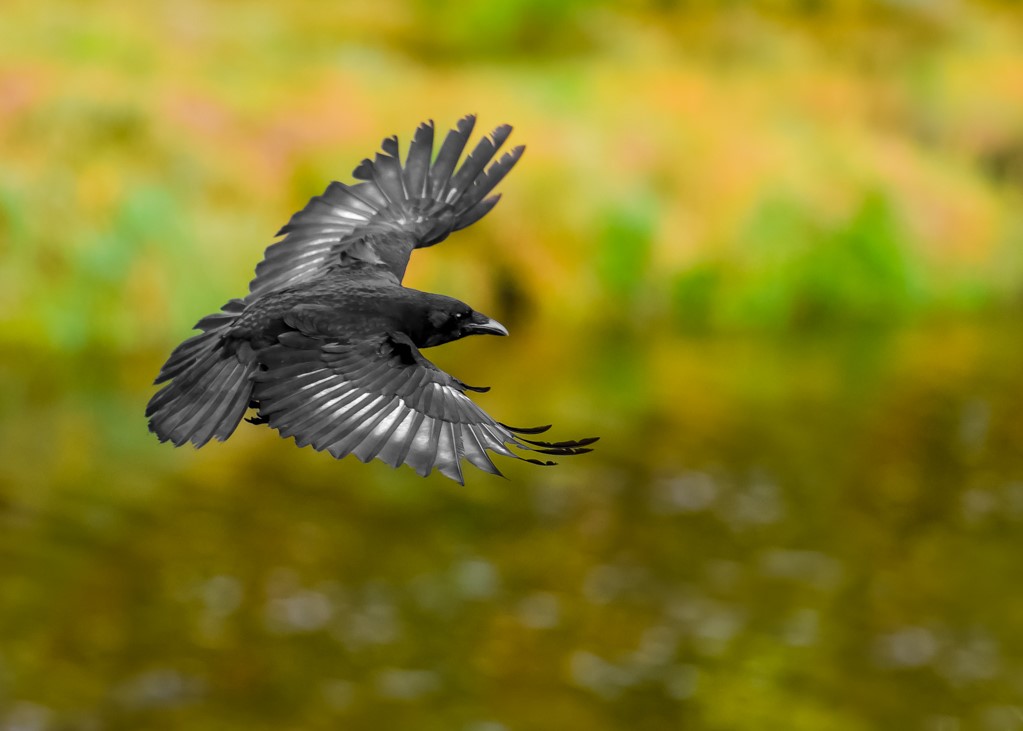 These two guys here seem to have a little argument and I believe that they are representatives of the Common raven species. 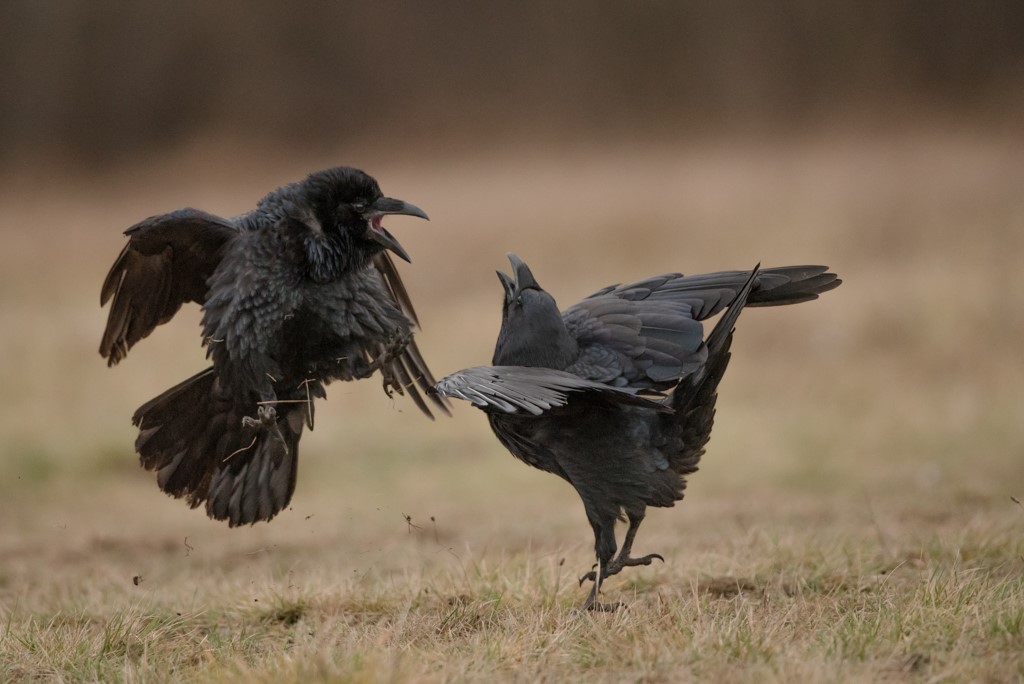 With this one here I am not sure but I have a feeling we are looking at a Carrion crow – telling by its beak. 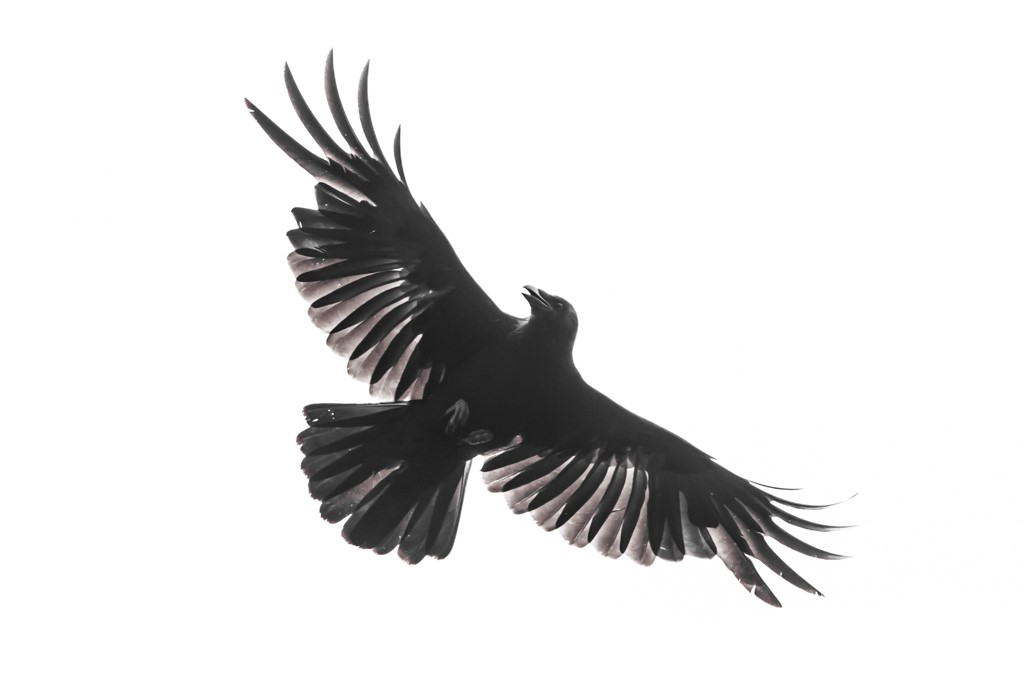 The below picture has been taken in India and when I looked at it first, I believed that it shows to fighting Hooded crows. But the beak didn’t match at all and I did some research. And indeed I believe I was right, these are not Hodded but House crows (also known as Indian crows). In fact, it could be that left bird is a Hooded crow as its beak looks different from the left one (however, I am not even positive that Hooded crows live in India). Too bad they argued just a few meters next to me, as with the 500mm I was only able to capture a small part of the action and cut out most of the left bird. 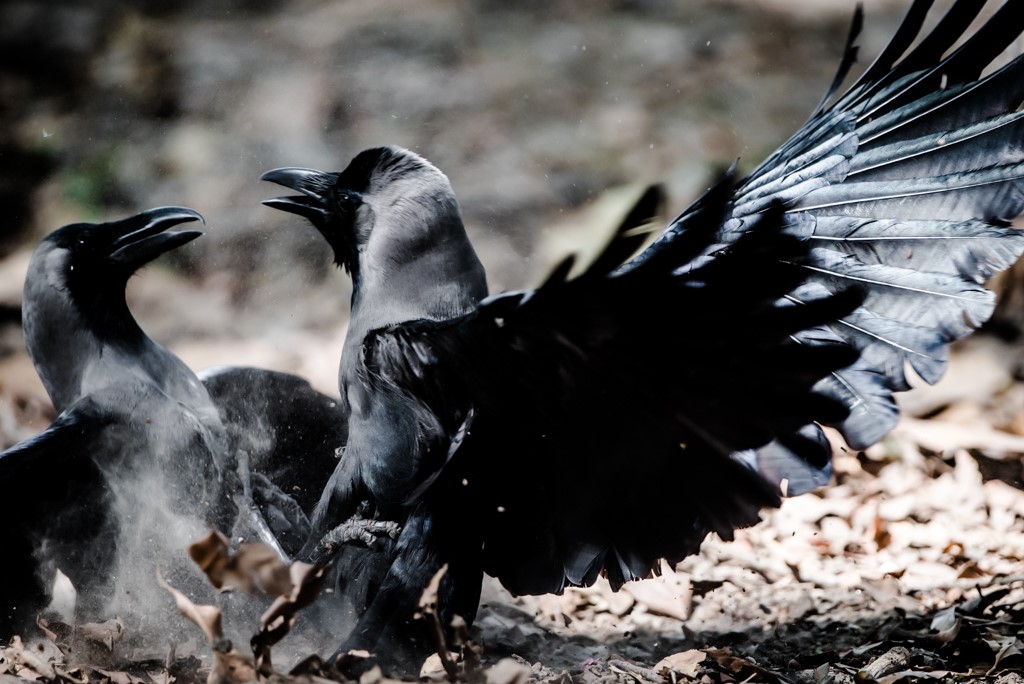 The next representative of the Corvidae family is an easy one to identify – an Eurasien magpie. The myth of „thieving magpies“ has been refuted as research has show that the birds are scared of shiny objects. 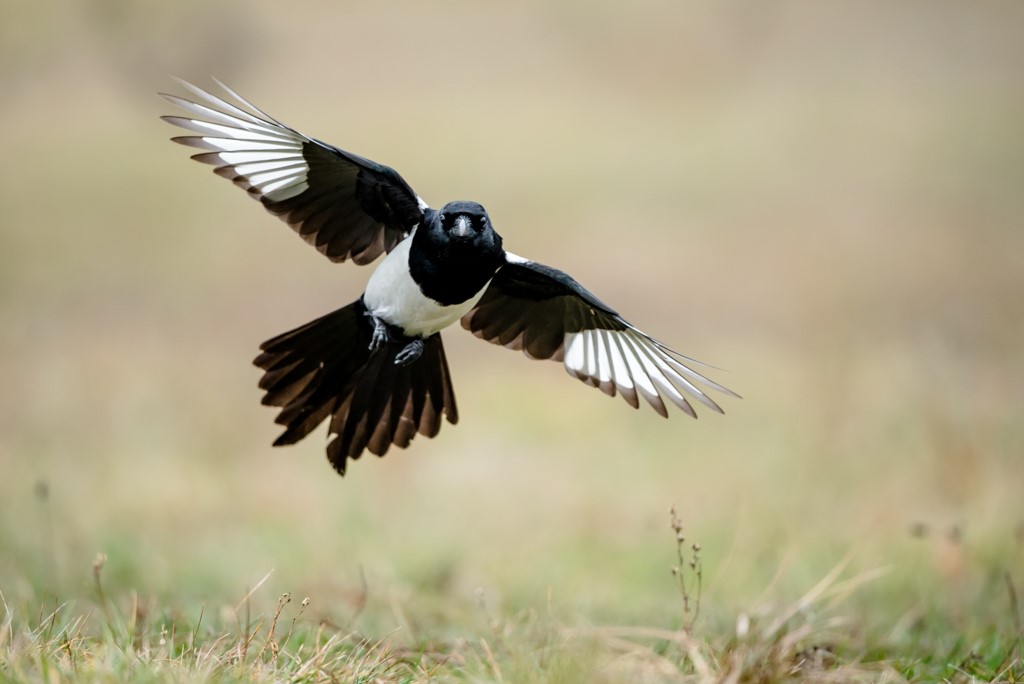 The below beauty shows an Eurasian Jay unmistakably identifiable by its blue barred feathers. Research shows, that male birds are able to „understand“ their female partners desire – pretty amazing article. Also you may be surprised by reading that jays can mimic human voices. 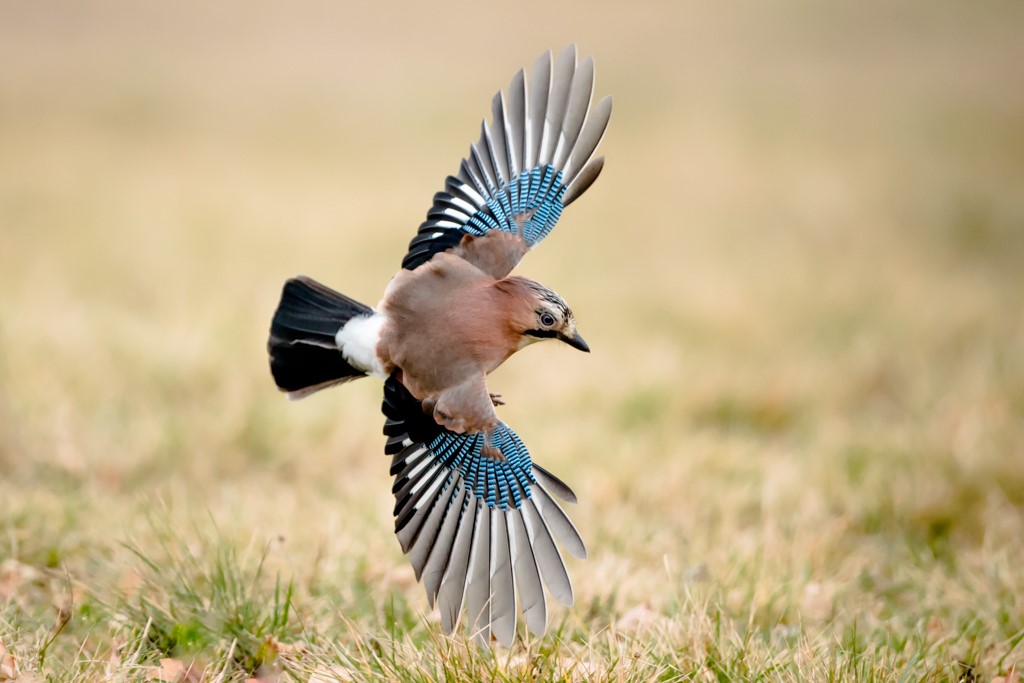 Similar to the Eurasian jay is the Blue jay easily identifiable by its blue colors and barred feathers. A beautiful and clever bird.

Give it a try yourself

Lets see if you can identify the following species. 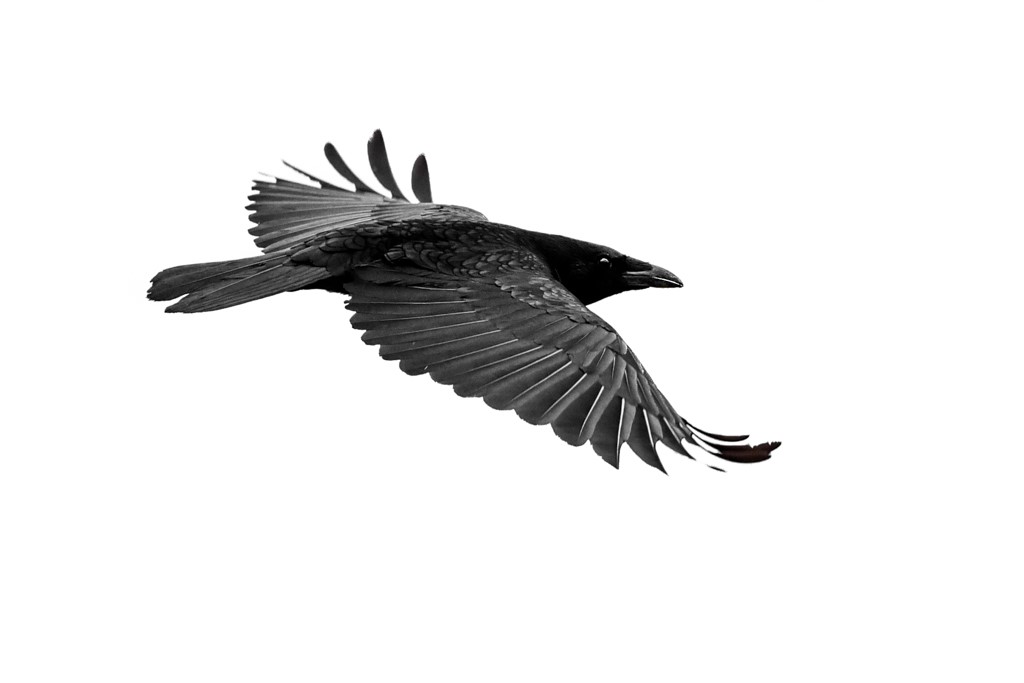 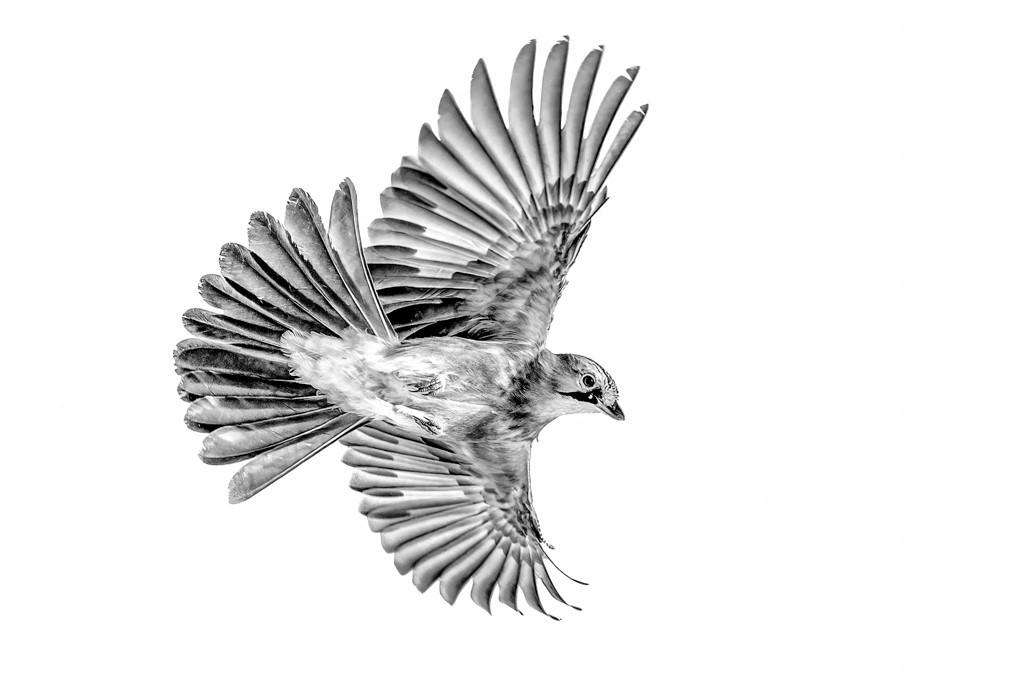 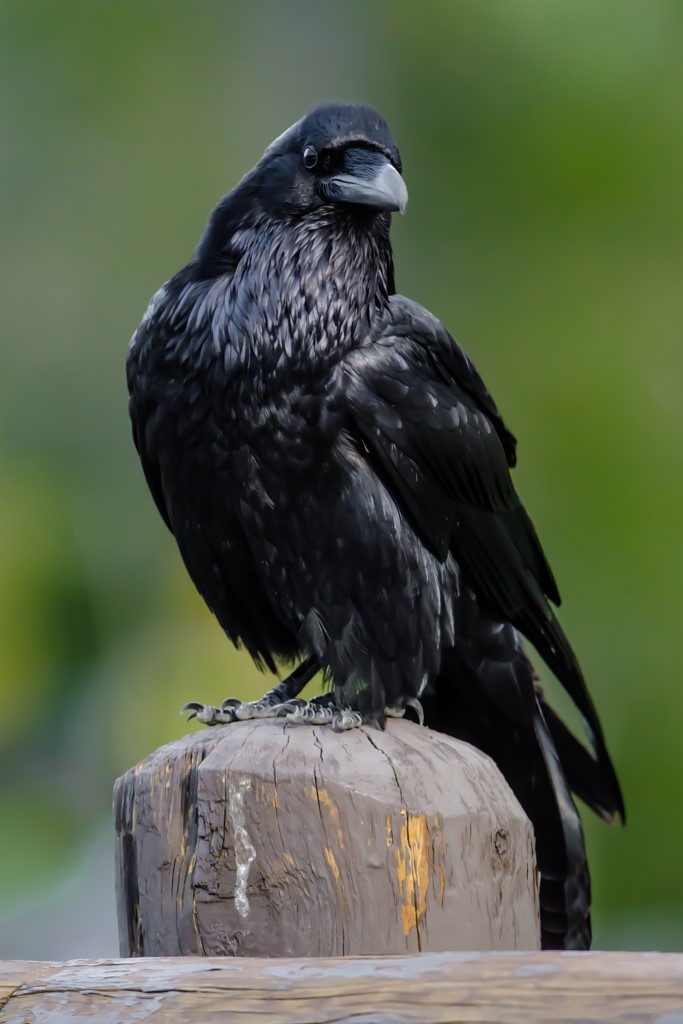 I hope this article was helpful for you. If there is anything you are looking for, please let me know and I try to find examples to discuss. Here a link you might be interested from our buddies at world birds.